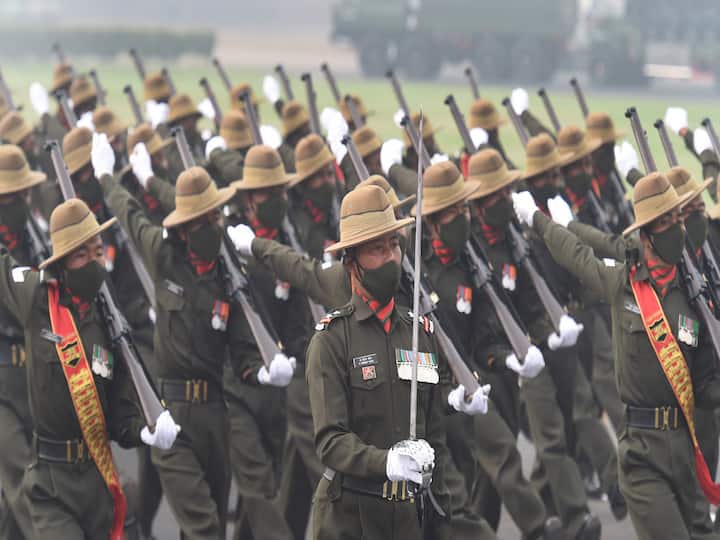 Indian Army Day 2022: On the occasion of Army Day, the strength of the Army will be seen today. On this occasion, Army Chief General MM Naravane (Army Chief General MM Naravane) Will take the salute of the parade at Cariappa Ground, Cantt in the capital Delhi. Parade morning at Cariappa Ground 10.20 But it will start. Only DD to Parada,ANI is allowed to cover,

This year’s parade is special because for the first time, a glimpse of the new combat uniform of Indian soldiers will be seen. on digital pattern NFIT Only this uniform prepared by the soldiers will be worn on the battlefield and in the operational area. The Army Chief will also address the soldiers.

Today the world’s largest flag will be hoisted on the land of Jaisalmer. tricolor on the occasion of army day 225 feet tall and 150 feet wide. Its weight is about one thousand kilos. The special thing about this flag is that it has been made by Khadi Village Industries. country’s independence 75 On the occasion of the completion of the year, the world’s largest national flag made of Khadi will be hoisted on the top of the hill near the Army’s War Museum in Jaisalmer.

Jammu,Jaisalmer will be the third place after Kashmir and Leh where the world’s largest Khadi flag is being hoisted. It is being told that the flag is almost 37,500 Spread over an area of ​​square feet. Today many senior officers of the army, People’s representatives and other people will come to see it and will be present on this occasion that day.

How the helicopter of CDS General Bipin Rawat was a victim of the accident, the Air Force issued a statement and told

Train Guard Name Changed: Now there will be no Guard in trains, name changed, Ministry of Railways has issued a new order

Akhilesh can contest from these seats in the battle of UP, know the full ABCD of equation of each seat

More than 44 thousand corona patients were found in Maharashtra in 24 hours, the condition in Mumbai is bad