NEW DELHI: In a bid to enhance transparency and accessibility in its functioning, the Supreme Court has decided to live-stream its proceedings of all constitution bench hearings from September 27, exactly four years after a path-breaking verdict in this regard was delivered in 2018.
A unanimous decision was taken by the 30 judges of the apex court in the full court meeting headed by Chief Justice of India U U Lalit held on Tuesday evening to implement an apex court verdict of 2018 in the Swapnil Tripathi case.
On August 26, for the first time since its inception, the Supreme Court had live streamed its proceedings of a bench headed by then Chief Justice NV Raman through a webcast portal.
It was ceremonial proceedings as Justice Ramana was to demit office on August 26.
Exactly four years back on September 26, 2018, the Supreme Court had taken a major leap in imparting transparency in the functioning of the judiciary by allowing live-streaming of court proceedings of cases of “constitutional and national importance”, saying this openness was like “sunlight” which is the “best disinfectant”.
It had said as a pilot project, only a specified category of cases that are of constitutional or national importance and are being argued before a constitution bench should be live streamed.
The top court had said that sensitive cases such as those dealing with matrimonial disputes or sexual assault should not be live streamed.
Several important cases are to be heard by the five-judge constitution benches of the apex court next week including the validity of the 103rd constitution amendment granting a 10 per cent quota to the Economically Weaker Section (EWS), pleas challenging the constitutional validity of the Citizenship Amendment Act and others.
Recently, activist-lawyer Indira Jaisingwho had also filed a separate petition in 2018, seeking live streaming of the court proceedings has written a letter to CJI UU Lalit seeking implementation of the 2018 verdict and live broadcast of proceedings of constitution bench cases heard by the apex court.
According to sources, initially, the apex court may live stream the proceedings through ‘YouTube’ and would later host them on its server.
People would be able to access the proceedings of the apex court on their cell phones, laptops, and computers without any hassle.
On September 6, Justice DY Chandrachudwho is next in line to become chief justice of India and heads the E-Committee of the apex court while hearing a case recalled an incident when he had seen someone recording court proceedings on a cell phone.
“Yesterday, I saw someone using a mobile phone, perhaps recording what we were saying during the proceedings. Initially, I thought, how can he record the proceedings? But then, my thoughts changed. What’s the big deal in it? It’s an open court hearing. Nothing is confidential here”, Justice Chandrachud had said.
Justice Chandrachud, who was also one of the authors of the 2018 verdict along with now-retired Justice AM Khanwilkar and then Chief Justice Dipak Misra said that there has to be a changed mindset and instead of taking a traditional view, judges have to adopt a view of today’s time.
Justice Chandrachud, however, said that one should refrain from recording the discussions of judges among themselves.
He has been responsible for shifting the judiciary from Supreme Court to trial court level to virtual-hybrid mode proceedings, which enabled the judiciary to sail through the COVID-pandemic times when courts were closed for physical hearings.
On July 31, Justice Chandrachud while speaking at a valedictory ceremony of the first All India District Legal Service Authorities meet held at Vigyan Bhawan here said that the judicial institution has to give up resistance to adopting modern means of communication to reach out to the masses and earn the respect of the community at large, or else it will “lose the game”.
While referring to tools like social media platforms, he has said that the courts have been “reticent” to modern means of communication.
He was of the view that judges and judiciary have to “shed their fear”, whether it is about using platforms like Twitter and Telegram, which are now widely prevalent, or the live streaming of proceedings.
“There is a world of accountability at large and I think we can earn the respect of the community at large provided we adopt and come on the platforms which are so prevalent in the society. The judicial system cannot be left behind if we are to be the harbinger of change,” Justice Chandrachud had said.
He had added, “Unless, we as a judicial institution, shake this resistance to adopting these means of communications, which are so widespread in our society today, we would perhaps lose the game and I do believe that we are already in the process of losing the game unless we shake this fear as to what would happen if we use modern means of communication”. 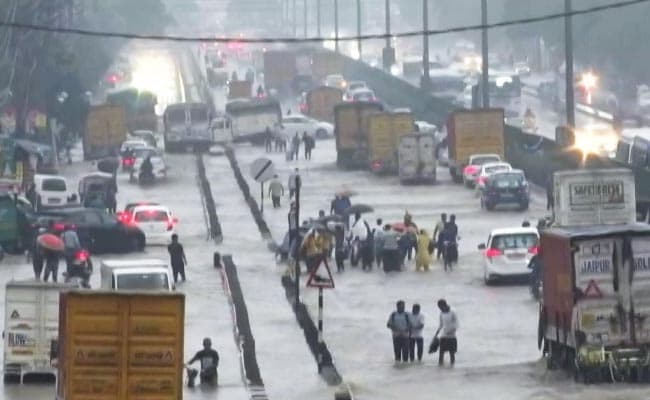