The Supreme Court will livestream all Constitutional Bench hearings from September 27, which means anyone can watch the proceedings in cases such as the challenges to the Citizenship Amendment Act and the revocation of special status under Article 370 to Jammu and Kashmir, and the quota to Upper Castes on economic basis.

The Supreme Court had in 2018 ruled in favour of opening up the proceedings through livestreaming — as per citizen rights under Article 21 of the Constitution — but that remained to be implemented. This is a step towards that, starting with cases that deal with interpretation of the Constitution.

This is also among major decisions since the new Chief Justice of India (CJI), Uday Umesh Lalit, took office. A tangible move was made on August 26, when proceedings from the the then CJI NV Ramana’s court were livestreamed on his last day in office. Justice Ramana had formed a number of constitutional benches in his last week as CJI, as some matters were pending without hearing for years.

During the peak of the Covid-19 pandemic, courts functioned through video-conferencing. That led to a wider acceptance of the use of technology, though originally brought on by a lack of options during the lockdowns.

Justice UU Lalit recently presided over a full court meeting where judges unanimously decided that live-streaming should begin with constitutional cases, and could later cover all proceedings.

Last week, senior lawyer Indira Jaising — one of the petitioners in the 2018 case by law student Swapnil Tripathi — wrote to the judges to start the livestreaming in “matters of public and constitutional importance… to keep a permanent record of the arguments by counsel on all sides along with the proceedings of the court”.

Besides the case on validity of the 103rd Constitutional Amendment that gave reservation to economically weaker sections, she referred to cases on sub-categorisation within Scheduled Castes for reservation, and the extension of quotas to Christians and Muslims. She stressed that the upcoming case on the validity of the Citizenship (Amendment) Act, 2019, the primary arguments will deal with what secularism in the Indian Constitution – “and in that sense the idea of India itself” – means.

She also cited the streaming of ceremonial proceedings on the day of Justice Ramana’s retirement to say that the infrastructure is available. The livestream, she said, is “a part of the fundamental right of every citizen to freedom of information… as also the right of access to justice”.

There are reasons, however, why the court has been taking cautious steps.

Prominent Delhi lawyer Shadan Farasat last month wrote in The Indian Express: “With the advent of social media, every citizen became a potential journalist. This was seen as empowering initially… Yet, with more than a decade’s experience, the increasing realisation is that lack of editorial control has in fact meant informational anarchy, with fake news and propaganda dominating YouTube and social media feeds.”

He did underline that, despite some worries, “the case for livestreaming of SC cases of constitutional or national importance is quite strong”. “The public’s ability to participate in this conversation by watching these proceedings will not just increase legal literacy but potentially enhance the public’s continuous engagement with the Constitution and laws. Such direct engagement is better than a process mediated through some Delhi-based lawyers or court reporters, especially when inexpensive technology allows such live access,” he further wrote.

He suggested that “wholesale rejection of change is a recipe for stagnation”, so the court must proceed with some terms and conditions.

The court did give out detailed instructions in its 2018 judgment, such as: “Re-use, capture, re-editing or redistribution, or creating derivative works or compiling of the broadcast or video footage, in any form, shall not be permitted except as may be notified in the terms and conditions of use and without the written permission of the Registry.” 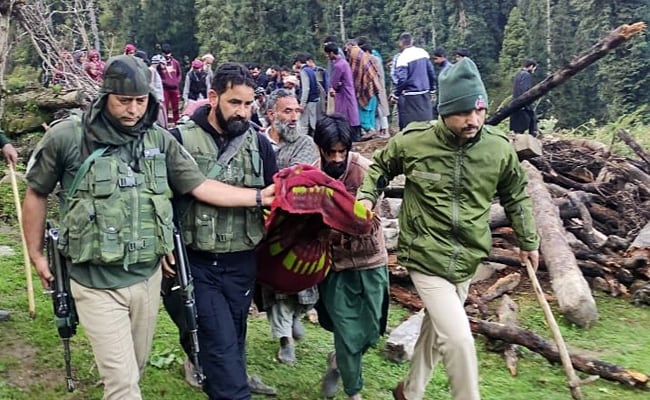