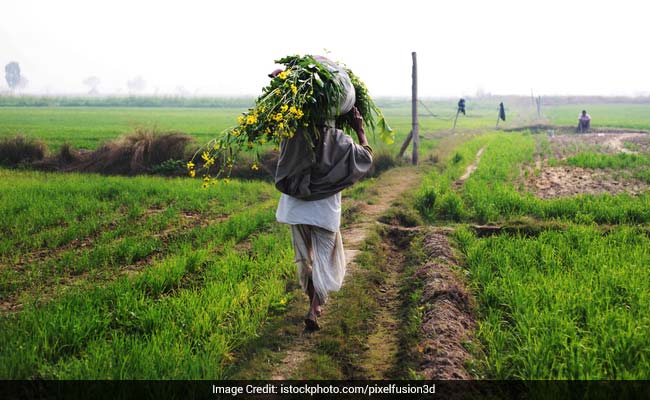 A farmer from Pune allegedly killed himself over not getting the MSP for onions. (Representational)

The Congress on Tuesday held the policies of the ruling BJP dispensation responsible for farmers’ suicides in the country, claiming that one farmer died by suicide every hour.

Addressing a press conference in the wake of a September 17 suicide of Pune-based Dashrath Lakshman Kedari, Congress spokesperson Supriya Shrinate said the farmer, in his suicide note, held “the BJP government’s policies responsible for his death and noted that Prime Minister Narendra Modi was concerned only with himself”.

“Dashrath Lakshman Kedari in his suicide note said he did not have any money to pay back his loans and was ending his life due to helplessness. He sought reasonable MSP (Minimum Support Price) for farm produce as a farmers’ right and blamed the policies of the incumbent government for his decision to end life,” Ms Shrinate said.

“This means, every day 30 farmers are dying by suicide and every hour more than one farmer is dying,” she said.

Citing the National Crimes Record Bureau data, she said more than 53,881 farmers killed themselves between 2014 and 2021, which translates to 21 deaths daily.

Ms Shrinate said it was ironic that 2022, the year by which the government had promised to double the income of farmers, was actually witnessing “barely Rs 27 average income” for them.

“Who is responsible for the dire straits of Indian farmers? The policies of this government,” the Congress leader said.

She also recalled the death of over 700 farmers during the year-long farmers agitation against the three agricultural reforms laws to allege the “government’s apathy towards farmers and the farm sector”.

Further, she said the government’s remarks before the Supreme Court that payment of MSP over and above 50 per cent of the cost to farmers would distort the market, and that the Centre’s decision not to procure the produce if state governments bought them above the MSP clearly went against the farmers.

The Congress leader said the government had “looted the farmers” by increasing diesel prices, imposing a range of GST on farm products — five per cent on fertiliser; 18 per cent on insecticides, 12 per cent on farm equipment, and 18 per cent on tractors, “pushing the production cost to Rs 25,000 per hectare.”

Quoting data from the National Sample Service Organisation, Ms Shrinate said the average daily earnings of farmers now stood at Rs 12 as against the average loan of Rs 74,000.