BALAKLIIA: Joy, trepidation, and grief flickered across Natalia’s face Yelistratova as she sat next to her husband on a special train back to their home town of Balakliia that Ukraine recaptured last week after six months of Russian occupation.
The town – which had a population of 27,000 before the war – is one of key urban outposts that Ukraine recaptured in northeastern Kharkiv region in early September after a sudden collapse of one of Russia’s principal front lines.
Smiling, Yelistratova said: “The weather is great because we’re going home. My mood is great, we’re so happy right now.”
No sooner had she said this that, she began to cry.
“I’m being overwhelmed by my emotions. We haven’t been at home for five months. I really want to see what is there and what has happened,” she said and turned to assure her husband: “I’m not crying, I’m fine.”
Yelistratova was travelling the 80 km (50 miles) from Kharkiv with her husband and daughter on one of the special trains laid on for residents of the town wishing to return.
Engine driver Maksym Kharchenko said the train on the Kharkiv-Balakliia route used to link Kyiv’s airport with the city centre, but since the war had stopped all air traffic, it could be redeployed to Kharkiv. “The train was launched on September 14. And already on the first train, there were people travelling forth and back to Balakliia,” he said. “They went there to see what had happened to their homes, to check whether they’re destroyed or not.”
As the train cut through misty woodland and passed destroyed buildings, most of the passengers sat in sombre silence.
Back home but still scared
Once in Balaklia, Yelsitratova and her family walked through the battle-scarred town to their apartment block which appeared to have minor damage from shelling.
A neighbouring block’s windows and balconies were smashed and the facade pockmarked by shrapnel.
“It’s as if we’re in Chornobyl. Nature has taken over,” said her daughter, Olena Miroshnichenko. “No-one did anything, for half a year, nobody trimmed the grass and bushes. Everything is overgrown.”
Once back in their apartment, the family began to inspect the damage. Within minutes, Yelistratova had found a piece of shrapnel in a wall.
“It’s scary,” she said.
I’ve still kept this feeling, that any moment a shell could explode or an airplane could fly over. I’m still scared to be here, she added. 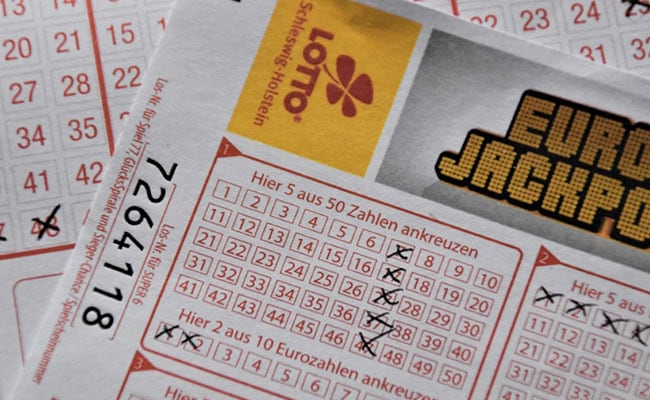 US Man Accidentally Buys 3 Lottery Tickets For Same Game, Ends Up Winning All