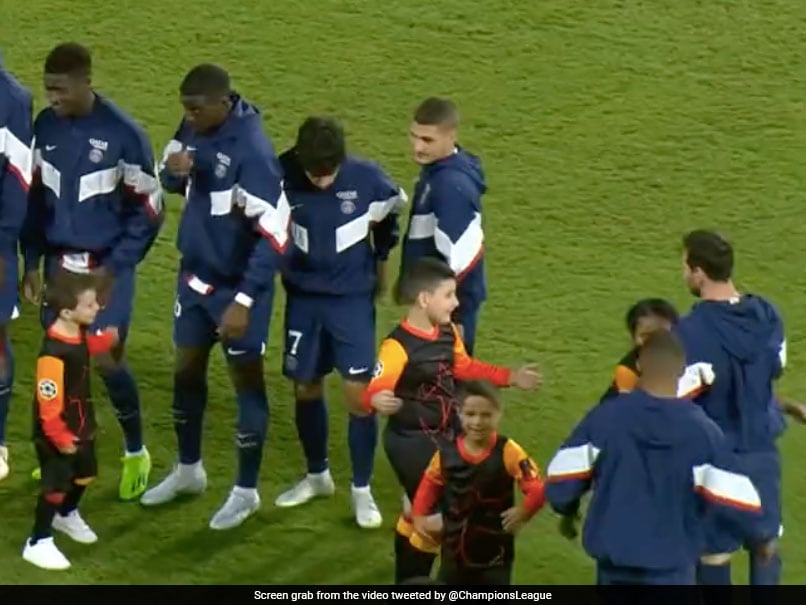 Ahead of the start of the match, kids could be seen getting overjoyed and hugging Messi.

“We have to improve. We have to work,” Mbappe told Canal Plus. “We are working, but we need the results to show in our play, because things are going to come around quickly with the (international) break and the World Cup.”

The Qatari-backed club are now top of Group H on goals scored above Benfica, who won 2-1 at Juventus. Haifa threatened a shaky PSG defence throughout the game, but the Ligue 1 giants passed the test thanks to their front three.

“The fact that the three of us can make the difference in a game is an advantage for us,” Mbappe added. “I hope that all three of us keep scoring as it means that we’ll win matches.”

Paris, still searching for a maiden Champions League title, go into home and away matches against Benfica knowing that two wins would secure a place in the knock-out stage.

“They pushed hard in a really good atmosphere,” PSG coach Christophe Galtier told RMC Sport. “We weren’t well organised, quickly split in two, and that made the first half difficult. We needed to put things right, and after the break we were much more compact.”

It was an ‘honour to share all these years’ with Federer, says Nadal | Tennis News

‘It is the journey that matters in the end’: Jhulan Goswami shares emotional retirement post | Cricket News