Adani Group Chairperson Gautam Adani has now become the world’s second-richest person. According to Forbes Real-Time Billionaires List, Adani’s net worth stands at $155.7 billion as of September 16, 2022, leaving behind Amazon’s Jeff Bezos. Adani is now only behind Tesla’s Elon Musk, who remains the world’s richest man with $273.5 billion net worth.

Adani’s net worth has surged even as the shares of Adani Group companies (Adani Enterprises, Adani Port and Adani Transmission) hit their record highs on Friday (September 16) on the BSE.

In the calendar year 2022, Adani has added over $70 billion to his fortune, only one among the world’s 10 wealthiest people to have seen his net worth increase this year. He became a centibillionaire in April and surpassed Microsoft Corp’s Bill Gates as the world’s fourth-richest person last month.

Last month, Adani became the first Asian to break into the top-3 of the Bloomberg Billionaires Index, with a net worth of $137.4 billion, leaving behind in the ranking business magnate Bernard Arnault, who is the co-founder of luxury fashion chain LVMH Moet Hennessy Louis Vuitton, commonly known as LVMH. He was behind only Elon Musk and Jeff Bezos in the global ranking. Now, within a month, he grabbed the second spot leaving behind Bezos.

In July, according to the Forbes world’s richest list, Gautam Adani became the world’s fourth richest person, toppling Microsoft founder Bill Gates. Gautam Adani’s position got upped by one rank as Gates said that he would be donating $20 billion of his wealth to his non-profit organisation — Bill & Melinda Gates Foundation. Following this, Gautam Adani and Family took over Gates’ spot with their wealth of $115 billion, as per Forbes.

In April, Gautam Adani not only became the richest Asian but also swished past legendary investor Warren Buffett to become the fifth richest person of the world now. As per data by Forbes, Gautam Adani was then richer than the 91-year-old Wall Street investor by around $2 billion.

Gautam Adani’s businesses in India focus on several different sectors — from airports to green energy, he has it all. The business mogul has recently been concentrating on alternative energy business, at a time when the government is promoting green energy in the country.

The Adani Group has six publicly listed companies in India, including Adani Enterprises, Adani Green Energy, and Adani Power. “After the listing of the renewable energy company Adani Green, Gautam Adani’s Wealth increased nearly five times to $81 billion from $17 billion in 2020,” a report by Hurun India earlier this year noted.

Earlier in June, Adani had pledged to donate Rs 60,000 crore to charity to mark his 60th birthday. The donations are to be utilised in healthcare, education, and skill development, his logistics-to-energy conglomerate had said in a statement. It was largest charitable donations in Indian corporate history and joined the ranks of global billionaires like Mark Zuckerberg and Warren Buffett. 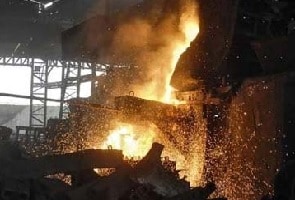