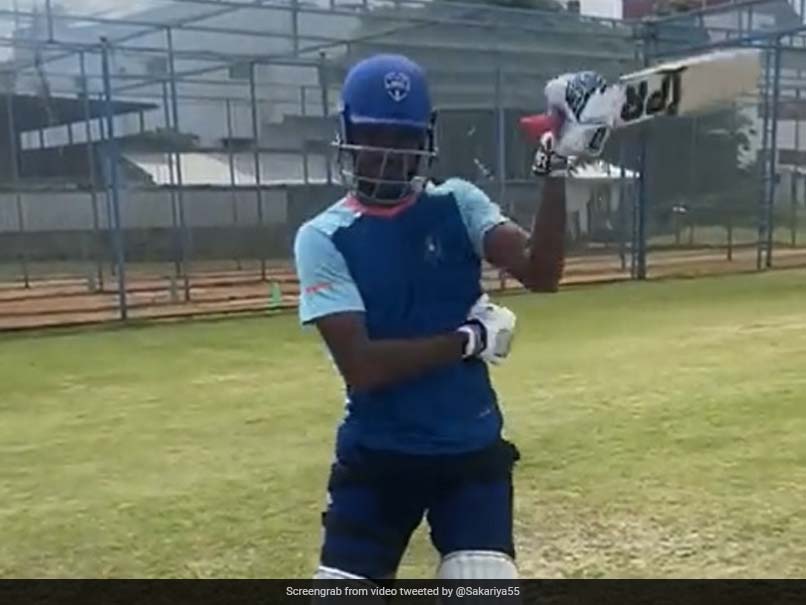 India got a big jolt ahead of the T20 World Cup with Ravindra Jadeja getting ruled out due to a knee injury. The allrounder underwent a knee surgery last week and also to Instagram to post a photograph along with a caption in which he informed his fans that his surgery was successful. “The surgery was successful. There are many people to thank for their support and involvement – BCCI, my teammates, support staff, physios, doctors and the fans. I will start my rehab soon and try to get back to cricket soon as I can. Thank you to everyone for your kind wishes,” Jadeja wrote on Instagram.

Jadeja’s injury has happened at a crucial time as he was an important cog in India’s T20 World Cup plans. Young left-arm pacer Chetan Sakariya took to Twitter to wish Jadeja a speedy recovery in a unque way. In a video, Sakariya can been doing Jadeja’s famous ‘swordplay celeration’ that he does after scoring any good knock.

“In case you are missing jaddubhai @imjadeja Here’s wishing him a speedy recovery,” he tweeted.

Jadeja was impressed by the act.

Jadeja had injured his right knee and was ruled out of Asia Cup 2022 after playing the first two games of the event against Pakistan and Hong Kong.

“Finding A Place In Indian Team…”: Sanju Samson, Not Picked For T20 World Cup, Speaks On Road Ahead