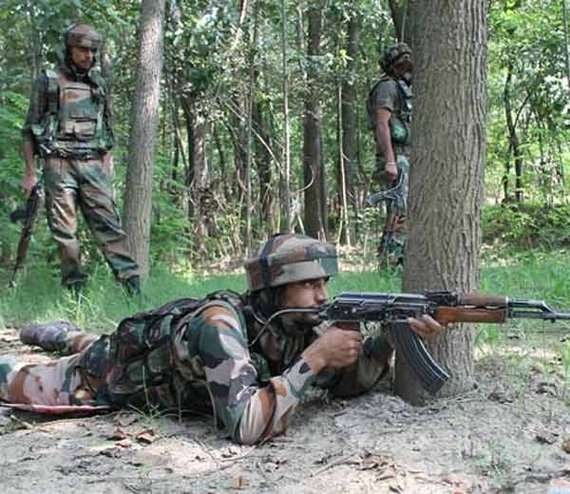 According to the Jammu and Kashmir Police, yesterday i.e. on January 4, a dreaded terrorist belonging to Lashkar-e-Taiba was gunned down in Harwan, on the outskirts of Srinagar. Kashmir’s Inspector General of Police Vijay Kumar in a tweet identified the slain terrorist as Salim Parre, who was associated with Lashkar-e-Taiba.

The tweet also claimed that another foreign terrorist was also killed. However, later it was said that only Salim had been killed. Sources said that Pakistani terrorist Hafiz managed to escape but search operation is on in the area to nab him. Hafiz was also killed during the same campaign. Inspector General of Police Vijay Kumar said that Hafiz alias Hamza has been involved in other terrorist incidents including the killing of two policemen in Bandipora.

Second #terrorist killed in #Srinagar #Encounter identified as Hafiz @ Hamza of #Pakistan, He was involved in killing of 2 policemen in #Bandipora & after this #error incident, he shifted to Harwan area of #Srinagar: IGP Kashmir@JmuKmrPolice

Who is the Khan sir of Patna, who was accused of instigating the students

In the 14th round of meeting between India and China, emphasis was given on withdrawing troops from ‘Hot Springs’