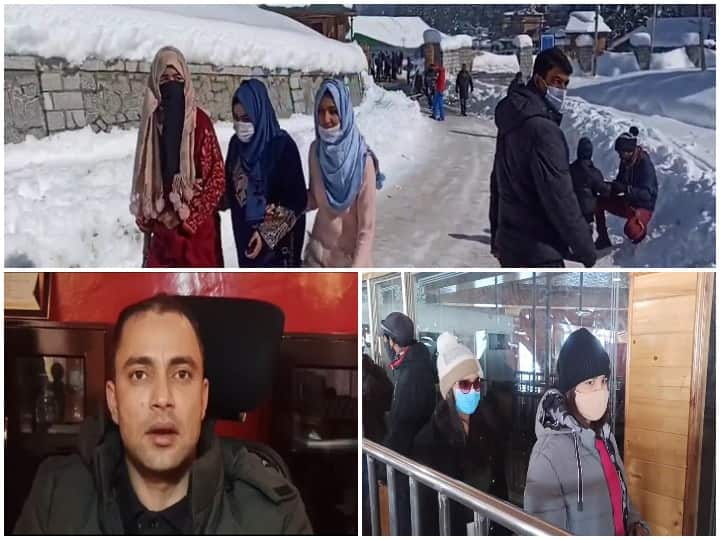 Jammu and Kashmir News: After about hundred positive cases of Kovid were reported in Gulmarg, a tourist destination in Jammu and Kashmir, the administration has decided to implement proper treatment of Kovid in the tourist destination. Significantly, on Thursday, around 70 students and officials at a ski camp were found to be Kovid infected. After which taking immediate action, all winter sports activities were stopped there.

SDM Gulmarg has also issued an order asking all tourists and locals desirous of visiting Gulmarg to submit a Covid negative report before entering the resort. But till now there has been no news of any tourist getting infected in Gulmarg. At the same time, despite the increasing cases of corona here, a large number of people are reaching here to see the snow.

The plaintiff is also battling the weather with Kovid

J&K Weather: The mercury dipped below zero in the valley, the Meteorological Department expressed the possibility of heavy rain and snowfall"text-align: justify;">UP Election 2022: Mayawati announced the names of 53 candidates on her birthday, know who will contest from where?

Survey revealed- Goa is the favorite tourist destination of Indian tourists, know which city is at number two

‘Delhi Teachers University’ will be ready soon in the capital, the session will start from this year

Congress releases list of 89 candidates for UP elections, 40 percent tickets given to women